Mash'al are one of the few teams that I had seen ahead of this season, although they didn't seem that great and have got off to a shaky start again this season with one win and two losses.  The club started in  the fine year of 1982.  Up until independence they played in the Uzbekistan Soviet League. In 1992 with independence secured they started off in the first division before gaining promotion in 1994. Their highest finish the club has secured is 2nd in 2005 - a season that saw Shurat Mirkholdirshoev score 20 goals. A job that he had been trusted with after finishing the top scorer in the league the previous season for Navbahor. Unfortunately Pakhtakor pipped them to the championship. The team are usually a mid table outfit and that is probably where their aspirations lie this season. They were relegated in 2012 and were promoted in 2013 and since then have been safe, but not really done anything of note. Mubarak is a city well-known for oil and gas, but unlike some of the
Post a Comment
Read more

March 30, 2021
Well, we have had a bit of time off for international week. I always found the international breaks boring and without being able to go to lower league football due to the pandemic, it could have been worse. Fortunately, the lower divisions in Ukraine are now all streamed on YouTube, so a quality weekend was bookended with the 2 reincarnations of Metalist, my favourites and friends Metalist 1925 and FC Metal. I''ll leave the controversies for the other places on social media where I have spoken about this. It was great to see Metalist 1925 beat promotion rivals and cup winners over Ahrobiznes to really gain a foothold in the race for promotion. After a weekend of watching games in Group A such as Dinaz winning at Bukovyna and Karpaty Halych turning over a lacklustre Chaika, it was time for the much more interesting Group B where the other Kharkiv team, Metal FC took on  Dnipro Cherkasy. It was a really good game.  On Sunday afternoon with an attendance of nearly 9,000 (the bi
Post a Comment
Read more 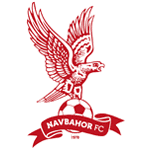 I have started concentrating more on the Uzbekistan league this season, but last season I saw a few Navbahor games, mainly because they seemed to be the ones that were on when I had some time and also I was interested in the fact that Andrei Kanchelskis was the manager. He's since been sacked, and to be honest it isn't a massive surprise as they were pretty poor and weren't as entertaining as any of the other games that I have seen this season. That said, they did have a mid-table finish last year and this year have failed to win a game, having posted 2 losses and a 0-0 draw in the opening 3 fixtures. They might want to hurry up in appointing a new manager as caretaker, 69 year old Victor Jalilov doesn't look like he's up for the job anymore. It hasn't always been like this for Navbahor though, in the 1990s in the country's early infancy as an independent state they won the league once and the cup three times. The club were originally founded in 1978 and cal
Post a Comment
Read more

Turon are newcomers to the Super League and it really is hard to find much information on them. They come from the town of Yaypan, which has a population of about 16,000. Having watched their recent home game against Lokomotiv it looked like most of the town were in the stadium and the noise that they made sounded like double that. with a draw and two losses in their opening gams, it would be brilliant to see what the atmosphere is like when they actually win a game.  The game against Lokomotiv was especially exciting, although they surrendered a 2 goal lead and centre back Vladimir Kosmynin had an especially eventful game. After firing in Toran's second as early as the 11th minute, he was given his marching orders in the 68th after intentionally handling the ball in the box. Loko got their second from the penalty that ensued. They gained promotion to the Super League this season after being founded in 2017. They seem to have brought in what is pretty much a completely new squad.
Post a Comment
Read more

Unlike most of the teams named Lokomotiv in the former Soviet Union, the Tashkent based team are a fairly modern team. They, as you would expect are sponsored by the Uzbekistan railways, but they were not formed until 2002. Despite a bit of a yo-yo existence in the early years, they won the Championship 3 years in a row from 2016 to 2018. This included an impressive doubles in 2016 and 2017. However, it would appear that the glory days are well and truly over, as up to now they have lost their first 2 games, but have a chance to put things right against minnows Toran tomorrow.  The coach in charge for this season is Portuguese manager Micael Secqueira, who joined from Al-Nasr in the UAE league and has a lot of Portuguese teams also on his CV - he never seems to last long anywhere and this could be a challenge too.  Players to watch: Returning from UAE side Khor Fakkan is well travelled centre forward Temurkhuzha Abdukholikov. Loko will need him to be among the goals if they are to ma
Post a Comment
Read more 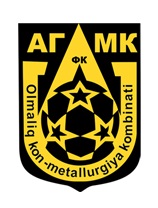 AGMK from the factory town of Olmaliq, which is one of the most polluted places on Earth, were the first team that I watched this season. I had seen some Uzbekistan games last season, but it was their opener against Lokomotiv Tashkent that drew me in to watch and find out more. AGMK were founded in 2004 and are named after the mining company that owns them. They made their debut in the Super League in 2008, despite only finishing  7th in Division one the previous year. In 2009 they renamed themselves Olmaliq after the town and finished 4th in the league. This was the highest finish they achieved under the name Olmaliq. In 2018 they reverted back to being called AGMK and last year they recorded their highest finish of 3rd. A position they are likely to want to at least equal this year. Whether they are good enough to break the dominance of Pakhtakor is a question for another day though. If they were though, it would eclipse their biggest trophy to date - the Uzbekistan Cup that they w
Post a Comment
Read more 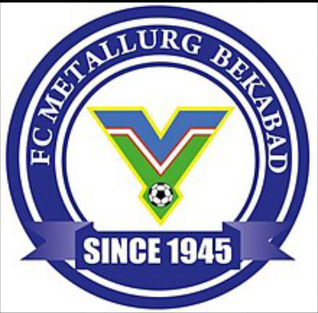 Metallurg Bekabad were founded in 1945 in the same year that the city, which had grown out of a cement factory, was granted city status. Most of their history has been one of mid-table obscurity. Their best ever finish in the Super League was 5th in 2019, they finished 7th last time. They won the Uzbek Soviet Cup in 1985 and 1990. From what I have seen of them so far, they aren’t bad, but aren’t great either - a cup run is probably the best they can ask for. However, on the whole they defend well and have some players who can get forward. Players to watch: Stanislav Andreev, who is a left back who likes to get forward has impressed me in the games I have seen. He was originally at Pakhtakor, but was on loan to Metallurg in 2018 and made the move permanent in 2019. However, at 32 he isn’t one for the future, but he still has pace. In central midfield Evgen Chumak, a Ukrainian who started off at Dynamo Kyiv, but has played almost everywhere in the Soviet Union, at 25 finally seems to h
Post a Comment
Read more
More posts